WELCOME TO
GAS AND HIRE

Established in 1974 Gas and Hire Limited have grown steadily to become one of the largest distributors of Calor Gas and associated Appliances in the U.K.

With huge modern showrooms in Chesterfield and Sheffield, displaying a full range of products we are able to supply a total service for all your needs whether it`s domestic, industrial, camping, caravanning or garden appliances you`re looking for – we can supply!

Our smart modern fleet of vehicles cover South Yorkshire, Derbyshire and North Nottinghamshire with a delivery service on all sizes of Calor Gas cylinders.

If it’s goods you require or just expert advice you can be sure of a fast friendly service at Gas and Hire.

Every Char-Broil Gas BBQ that we sell are built to provide unparalleled grilling versatility.

It doesn’t matter which model you go for, the legendary Char-Broil cooking system gives you the ability to grill almost anything on your bbq in any cooking style that you feel like having, whether that be Piri Piri Chicken, or a rack of BBQ Ribs.

With every part of the cooking system being designed and engineered for a specific purpose, the results are simply spectacular. 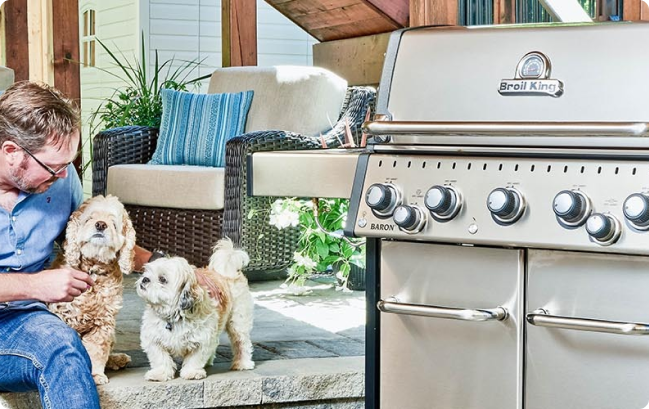 We’re proud to be a UK distributor of Broil King BBQs and smokers.

Presenting exceptional value for money, and a long-lasting product, you really can’t go wrong with any product from the Broil King range.

Contact us now for more information on how this range of products can change the way you cook on the BBQ for the better.

Want to see first-hand the wide range of Barbeques we stock, or maybe you need a replacement Calor Gas bottle – head down to your local store today!

GET DIRECTIONS
To top
We use cookies on our website to give you the most relevant experience by remembering your preferences and repeat visits. By clicking “Accept”, you consent to the use of all cookies. However you may visit Cookie Settings to provide a controlled consent.
Cookie SettingsAccept
Manage consent

This website uses cookies to improve your experience while you navigate through the website. Out of these, the cookies that are categorized as necessary are stored on your browser as they are essential for the working of basic functionalities of the website. We also use third-party cookies that help us analyze and understand how you use this website. These cookies will be stored in your browser only with your consent. You also have the option to opt-out of these cookies. But opting out of some of these cookies may affect your browsing experience.
Necessary Always Enabled
Necessary cookies are absolutely essential for the website to function properly. These cookies ensure basic functionalities and security features of the website, anonymously.
Functional
Functional cookies help to perform certain functionalities like sharing the content of the website on social media platforms, collect feedbacks, and other third-party features.
Performance
Performance cookies are used to understand and analyze the key performance indexes of the website which helps in delivering a better user experience for the visitors.
Analytics
Analytical cookies are used to understand how visitors interact with the website. These cookies help provide information on metrics the number of visitors, bounce rate, traffic source, etc.
Advertisement
Advertisement cookies are used to provide visitors with relevant ads and marketing campaigns. These cookies track visitors across websites and collect information to provide customized ads.
Others
Other uncategorized cookies are those that are being analyzed and have not been classified into a category as yet.
SAVE & ACCEPT